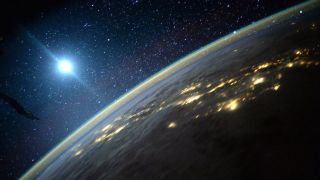 Scientists have taken a huge step forward in creating an accurate GPS for space travel, with the National Physical Laboratory and the University of Leicester creating a way of using X-ray telescopes and pulsars to place a spaceship to an accuracy of 30km.

The recently published paper unveils a method of using X-rays from pulsars which work out the position of the craft in space in 3D.

And for those than don't know what a pulsar is - it's a dead star that emits radiation pulses with 'the regularity and precision of an atomic clock.'

A European Space Agency feasibility study into the concept suggested that small X-ray cameras would be suitable and could be developed for the next generation of spacecraft.

An accuracy of 30km might sound a bit worrying for those of you who still manage to turn left instead of bearing left as you approach the main road, but in the vastness of space, that's pretty darn accurate.

"Up until now, the concept of pulsar-based navigation has been seen just as that – a concept," explains Dr John Pye, Space Research Centre Manager, University of Leicester.

"This simulation uses technology in the real world and proves its capabilities for this task. Our X-ray telescope can be feasibly launched into space due to its low weight and small size; indeed, it will be part of a mission to Mercury in 2018."