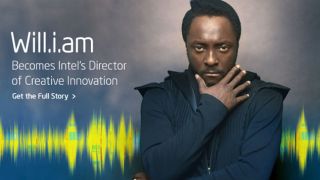 To widespread disbelief, Google announced this week that the next version of Android would be called Android KitKat - a decision that's all the more surprising because it means that don't-be-evil Google is teaming up with Nestlé, make of that what you will.

But KitKat isn't the only example of marketers' 'synergies' producing hellish or hopeless results. Remember these horrors?

If there's one word that screams high performance, it's netbook. Er, what? Acer's Ferrari One 201 was a great example of Ferrari's licensing programme in full effect, a programme whose sole criteria for approving products appears to be "will they pay us money?"

According to the blurb, the 201 was "driven by a seriously powerful AMD Athlon X2" alongside "2GB RAM, putting it streets ahead of any other netbook out there in terms of performance. You won't have to put your foot on the accelerator, because the Ferrari One always runs at top speed."

The only way it was streets ahead was in the price stakes, where you would have to pay as much for the netbook as you would a decent mid-rage laptop.

Lady Gaga "has spent a lot of time working with the research and development guys, and has always had a great love of Polaroid," Polaroid told us with a poker face . There's nothing a pop star loves more than designing a new printer, and when you look at the GL10 you can see that Gaga's really revolutionised the way we think about industrial design.

We're shocked - shocked! - to discover that the more interesting GL20 camera glasses Gaga designed never made it to market, most likely because they looked stupid.

We try hard not to judge people, we really do. But if you were willing to spend $19,943 on a Bentley-branded Windows Vista laptop that looks like an old iBook that's been covered in upholstery by somebody's grandmother, you really shouldn't be allowed out of the house by yourself.

"Winner of the Microsoft Fashion PC Award", the website says proudly. Because we all know, there's no finer judge of fashion than Microsoft.

We'd love to have been flies on the wall when this one was dreamed up. "We need to team up with a car brand!" Asus must have said. "Which one's famous for the sheer brutality and utter vulgarity of its designs, for making vehicles that even a Middle Eastern billionaire might think is too vulgar? WE NEED THOSE GUYS!"

The result was a triumph, if by "triumph" you mean "looks like it was designed by a 14-year-old, has a ridiculously large chassis and doesn't feel particularly well screwed together." Charging £1,850 for it didn't help either.

In 2004, U2 joined forces with Apple: Apple made a custom iPod with all U2's music on it, and U2 made an ad for it. "The synergy was so obvious," said bassist Adam Clayton, presumably meaning that Apple got a nice tune and U2 got millions of dollars of free publicity for their new album - a trick U2 tried again in 2009 with a lesser song for a less cool brand, RIM's BlackBerry.

As for the U2 iPod, it was a black 20GB iPod with an odd-looking red scroll wheel, a money-off coupon for the U2 digital box set and a free poster. Rock and roll!