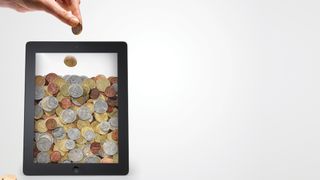 Earlier this year, the Australian government launched an inquiry into the pricing of IT products in Australia.

While some submissions to the inquiry found that Australians were regularly charged more from major international technology companies, many of the companies in question flatly refused to engage with the government about Australian pricing.

Instead, companies like Adobe, Microsoft and Apple hid behind the industry body, the Australian Information Industry Association (AIIA).

When questioned by the government about specific examples of price discrepancies for Australians, the AIIA refused to comment on individual companies' situations, yet when those companies were asked directly, they referred back to the AIIA submission.

The Government wasn't overly impressed by getting the runaround, and has announced today it may use its powers to subpoena major technology companies in Australia and force them to play ball.

Paul Neville, the Deputy Chair of the committee in charge of the inquiry, told Parliament that while undesired, using the powers of subpoena was the only way to counter the obvious obstruction and evasion of technology companies.

"Now I'm always reluctant to do that sort of thing," said Neville, "but I think the time comes when the sanctity of the parliament and what it's here to do, and when the minister asks us to look into something, and report back to this parliament, and we are deliberately frustrated, then I think we need to send out a signal that we're not going to accept that, and we expect a better level of conduct from the industry."

While it's unlikely the inquiry will be able to force companies to change their pricing strategies for Australia, at least without introducing new legislation, forcing technology companies to publicly explain the reason for drastically different prices for products in Australia - especially digital products - could be enough to persuade these companies to make a change voluntarily.