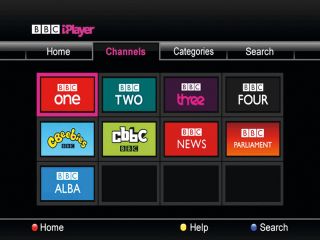 The BBC is set to makes it iPlayer service available to Western Europeans with an iPad for a monthly subscription fee later this summer.

Here in the UK, access to the iPlayer is covered by the license fee we pay for our television service but the Beeb will introduce a monthly subscription to outsiders for access.

The official sums haven't quite been done yet, so we're still in the dark as to the official subscription fee; but it will be less than $10 (£6) per month. Sounds like a good deal, although you'll have to shell out for an iPad to take advantage of it at first.

President of global iPlayer, Jana Bennett, is set to describe the European iPlayer as "a different proposition" from the UK's catch-up service, offering a curated mix of old and new BBC programmes.

"The freedom from catch-up means that we've got a lot more flexibility in terms of what we put on there and how we present it," Bennett will tell the Banff World Television Festival later today.

Eventually, the international iPlayer will spread to countries other than those in Western Europe and devices aside from the Apple iPad, including the open internet.