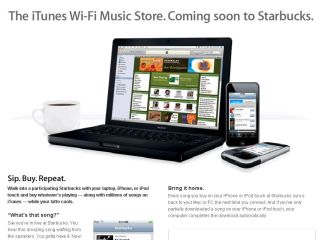 iTunes made NBC 'pennies' according to CEO Jeff Zucker

With the release of YouTube rival Hulu now official, NBC president and CEO Jeff Zucker expressed his views today on how the relationship between his television network and Apple really went down.

According to Zucker, NBC asked for the freedom to experiment with pricing on some of its shows and even requested a share of iPod revenues. This, according to NBC, saw a huge boost in sales once NBC content was made available on the iTunes store.

"We wanted to take one show, it didn't matter which one it was, and experiment and sell it for $2.99," Zucker said. "We made that offer for months and Apple said no.

"Apple sold millions of dollars worth of hardware off the back of our content and made a lot of money. They did not want to share in what they were making off the hardware or allow us to adjust pricing."

NBC programming made up a whopping 40 per cent of the US iTunes video store last year, but all of that programming will disappear in December when NBC's contract is up. And although it comprised such a large share of iTunes sales, NBC claims that it only made $15 million during the last year of its deal with Apple.

"We don't want to replace the dollars we were making in the analogue world with pennies on the digital side," Zucker explained.