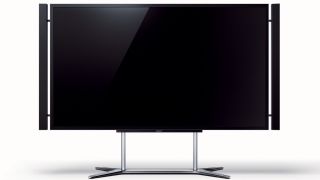 According to a press note passed our way, Westinghouse plans to take watching episodes of the the X Factor to a whole new level at CES 2013, teasing the arrival of a 110-inch 4K LED screen at the Vegas show.

Calling it the world's largest 4K LED television set, the manufacturer isn't offering much else - like price or even if the 12-plus-foot TV will be commercially available.

Westinghouse didn't refer to the 110-incher as an Ultra HD (UHD) TV, a moniker that signals a TV image comprised of 8 million pixels, though 4K and UHD are one in the same.

CES is gearing up to be a battleground for mega UHD television sets.

Samsung said it plans to show off an 85-inch UHD screen, barely inching out 84-inch sets by Sony and LG.

However, Westinghouse isn't Samsung, LG or Sony, so maybe size won't exactly matter when it comes to price.

Westinghouse also hinted at some more CES goodness, including showing the "next generation of connected HDTVs."

We should see some Bluetooth speakers that can recharge mobile devices, too.

TechRadar plans to get its mind blown by the Westinghouse screen at CES, so we'll bring you all latest coming out of Vegas.

Until then, check out our Ultra HD TV break down so all these pixel figures and price tags don't drive you bonkers.