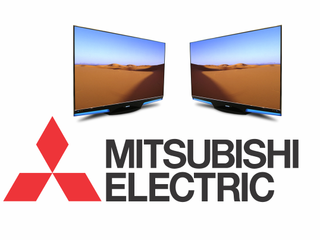 Here we go again. Another relaunch. Mitsubishi first demonstrated its laser-based high-definition telly back in spring 2006. Then, as now, the launch conference was light on details.

As in 2006, this latest over-hyped unveiling is of a prototype that combines Texas Instrument's 1080p DLP HDTV chip with - and here comes the new(ish) bit - separate red, green and blue semiconductor lasers that project the image onto the screen.

The prototype at CES this year certainly has the form factor of a sexy flat panel set, despite being based on DLP rear projection technology. But, although the picture looked amazing in the hall, we can't really confirm the quality claims because we have not - nor anyone else - had the opportunity to test the technology in a normal review environment or alongside existing TV formats.

Even so, if the claims about the quality of laser projection are true, it could prove an exciting development in TV. Mitsubishi says that the full colour gamut of its laser TV prototype is 1.8 times greater than normal LCDs. It apparently reproduces up to 90 per cent of the colour spectrum visible to the human eye.

So, there might be life in rear projection technology yet. Mitsubishi is certainly keen: it lays claim to the first 50-incher and first 1080p in the DLP field. Now we've got laser rear projection and the company has also been trying to convince CES punters that the speed advantages of DLP technology are especially good for displaying 3D content.

Consumers are evidentially drifting towards flat panel sets, so the only hope for DLP may be an improved variation such as laser. The question is whether Mitsubishi can make the technology affordable quickly enough to stem the tide to LCD/plasma?

Indeed, this question was completely avoided by Mitsubishi personnel at CES. If laser TVs come to market, we don't know whether it will be a premium product or will compete on price at all with similar-sized LCD and plasma models. There's no word on timing to market either.

Still, laser TVs could shake up the flat panel market just as it was getting boring. We were thinking about writing an article entitled 'RIP RPTV'. Maybe we should wait a bit.