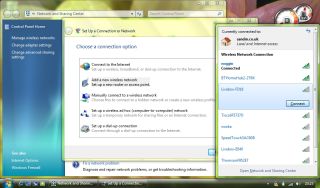 Piping hot and ready to go once again - Windows 7 beta

As if to prove that what goes down sometimes comes back up again, Microsoft has managed to get its servers humming again and delivering the much-in-demand beta release of Windows 7 today.

The supposedly time-limited download had prompted hundreds of thousands of beta testers to swamp the MS servers on Friday and bring the whole thing to a halt.

Microsoft responded by saying that it would "add some infrastructure" – something it appears to have done, as we can confirm the download is running smoothly this morning.

At least this time MS didn't suggest the download logjam might bring down the whole internet, as it did previously with a popular Windows Vista beta release.

Not the only method

We're just wondering why it didn't simply put the beta release out as a BitTorrent and let the users do the heavy lifting instead.