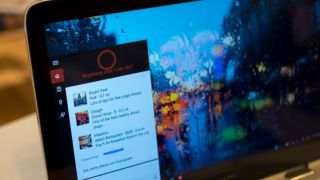 Microsoft has pushed out another update to the preview version of Windows 10, in what surely must be the final bits of tweaking to the OS before the Anniversary Update arrives next Tuesday.

The new build, which has just whizzed out onto the Fast Ring, brings the version number up to 14393.5, and contains a number of fixes.

The most interesting tweaking has been done to Microsoft's browser for Windows 10, Edge, which has had its performance and reliability smoothed over when running the AdBlock and LastPass extensions.

Previously, it sounds like these extensions were easily broken if the user pulled other extension updates across from the Windows Store.

Boon for your battery

Also, some battery longevity issues have been fixed for those running Windows 10 preview on their notebooks. These include the proximity sensor getting stuck as always running so it constantly drains battery life, and a flaw whereby "runaway CPU processes" were eating into battery life when a device was idle.

All these problems have been ironed out, along with some Windows Store bugbears including apps failing to launch (due to licensing issues), and also buggy behavior when typing text into the search box or some Store apps.

Ahead of the arrival of the Anniversary Update, there is another important deadline to note – and that's for the freebie upgrade to Windows 10 which expires on Friday. Those of you on Windows 7/8.1 have only got a couple of days left now to decide if you want to take the plunge.

Those who don't upgrade must forever hold their peace – or rather, open their wallet, as you'll have to fork out £100 (or $120 over in the US and AU$179 down under) if you later decide you want to make the move to Windows 10.