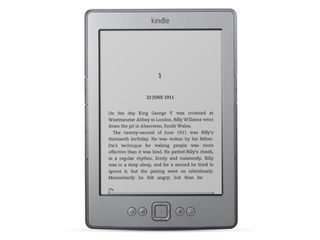 Latest figures in from E Ink, makers of ereader screen technology, show that interest in the company has waned and the blame is being put squarely on the popularity of tablets.

The Amazon Kindle proves that there is definitely still life in ereaders – the device is consistently the best-selling thing on the store, but E Ink's financials show that it's not good news for component manufacturers.

According to E Ink, its revenue for January stood a shade over $48 million (£30 million), which is a whopping 63 per cent down year on year and 11 per cent month on month.

E Ink has yet to post its yearly results, but it is hoping to show a 5 per cent rise overall in revenue – so it is not all bad news.

But if January's significant percentage drop is a sign of things to come, then E Ink may have to think hard about how it can make its technology compete with the tablet sector.

If you look at sales figures, then it is even more depressing as in January E Ink's sales were down 84.62 per cent – there was obviously going to be a dive after Christmas but the figure is still a worrying one.

Analysts are all for E Ink technology, however, with a new study having nothing but praise for the company. Lux Research puts E Ink's display at the top of a list of technology most likely to be chosen by display developers.

It's not much but at least it's a little bit of sugar to swallow with E Ink's bitter financial pill.