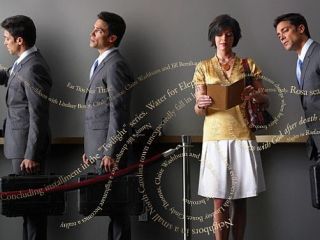 Sony predicts that ebook sales will follow the same pattern that has been seen in the music and photographic industries, although traditional print publishers are still unsure that this will happen.

Steve Haber, president of Sony's digital reading business division, told The Telegraph: "Within five years there will be more digital content sold than physical content. Three years ago, I said within ten years but I realised that was wrong - it's within five."

"Of course you have to take this news with a pinch of salt," Catherine Neilan, Senior Reporter on the Bookseller magazine informed TechRadar, "coming as it does from an e-book manufacturer."

Neilan adds: "I'd be surprised if it were true. The most optimistic forecast we've had from a range of sources have not suggested that this is the case.

"So it's unlikely, but not impossible, as estimates keep changing and the tipping point keeps being brought closer."

Sony is sponsoring a new category in this year's Dylan Thomas Prize - the Sony Reader Award for Unpublished Writers, which will be awarded this December to an unpublished novelist under 30 years old.

Sony's Steve Haber says: "I have multiple meetings with publishers and tell them paradigm shifts happen. You can say fortunately or unfortunately you haven't had a paradigm shift in, what, hundreds of years."

"We in the consumer electronics area have a paradigm shift every year or two."