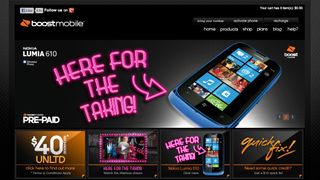 Boost Mobile is shifting from Optus to Telstra next year

After a 12 year relationship, Optus has announced it will no longer be offering services through its youth portal, Boost mobile, from 20 January 2013.

In related news, Telstra has announced it will begin a new retail alliance with Boost Mobile, starting next year.

It may sound confusing, but it's not. Optus, which began licensing the Boost mobile brand back in 2000 as a way to reach out to the youth market, has decided to focus its prepaid strategy on its own products.

Current Boost customers will still have access to their current plans when the rollover happens, although they will fall under the Optus prepaid umbrella.

Optus claims the decision to end the 12-year relationship was brought about by the maturing mobile market, and is an attempt to give Optus greater control of the complete customer experience under the Optus prepaid brand.

The end of the Optus partnership has opened the door for Telstra - generally seen as a premium priced service - to target the youth market through a new partnership with the Boost brand.

According to a Telstra spokesperson, boost will continue to market its products, offers and devices under its own brand. They will just be delivered through the Telstra network.

There's no word yet on whether the pricing structure will change under the Telstra arrangement, although given the differences between Optus and Telstra's prepaid offerings, there will likely be some adjustment when Boost joines Telstra early next year.