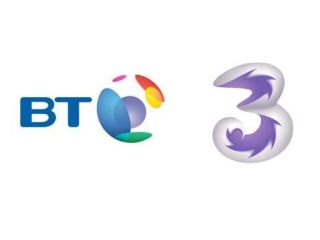 BT and 3 want to Terminate The rate

BT and 3 were two of the biggest names to sign up to the Terminate The Rate campaign this week, which wants to significantly cut the cost of calling mobile phones from landlines and rival mobile networks.

If the scheme is implemented (and this is a big if) then the cost of a call to mobiles could shrink by as much as 80 per cent.

This call-to-arms is a significant one for the mobile industry, and in a press conference today Kevin Russell, CEO of 3 UK said the scrapping of mobile termination rates would pave the way for fixed-rate unlimited call, text and data packages for £35 a month, much like the all-you-can-eat broadband deals offered up at the moment.

The problem is, regardless of the news today, there's a bit of a wait to be had for anything to change in the mobile phone industry.

Currently, Ofcom has set the MTR (mobile termination rate) at 4.7 pence for each call made to a mobile phone. This is compared to 0.3 pence for phoning landlines via a mobile.

This price is set to stay in place until 2011, when Ofcom puts the MTR situation up for review. And it's by this date that both 3 and BT want to have drummed up enough support in its sign-up scheme, found at www.terminatetherate.org.

So, why does BT and 3 want this rate to be scrapped, when it's easy to assume that both companies profit from the current overblown MTRs?

The reason is because they are not one of the 'big four' mobile phone companies. The likes of Vodafone, Orange, T-Mobile and O2 are said to be the ones who profit from the charges, garnering around £2 million in income per day, £750 million a year.

That's a lot of money to lose, especially when it comes from a 'hidden' place that consumers know little about – out of sight, out of mind as it were.

As for BT, they are the kings of the landline, so it is its customers getting burned by MTRs each time they phone a mobile phone provider.

Three on the other hand are veritable minnows in the mobile world, so it is more than likely its consumers will be ringing other networks on a regular basis rather than its own network.

Three has admitted that if the MTRs were scrapped it would be a blessing for the company has paid out "£200 million to the big four", money which it feels would be better paid to its customers.

John Petter, MD Consumer of BT Retail, calls the use of MTRs as an "unfair tax on every household and business and organisation in the UK," adding that: "They fatten the profits of the big four mobile players at the expense of real competition and innovation, and they perpetuate a system of billing that promotes confusion and anxiety."

This confusion and anxiety has been felt by the other partners involved in the scheme. The Federation of Small Businesses has signed up, with Stephen Alambritis, Chief Spokesperson FSB, saying that: "lower termination rates would boost the economy at this crucial time."

And then there's Carers UK, the NUS and GMB Union – all of which are hoping Ofcom will lower the fees and, in exchange, improve the lives of the their members.

In short, the Terminate The Rate campaign wants the MTR rate to be "around a penny or less", essentially putting right something that ha been wrong in the mobile world for a very long time. And most significantly, it brings the notion of MTRs into the mainstream, by getting The Sun, the biggest UK newspaper on board.

While 4.7 pence doesn't sound like a lot on its own, its significance is huge. If the fee was scrapped then the mobile phone industry would be blown wide open, letting smaller companies come in to compete with the Big Four, essentially bringing more contract choices for the consumer – something that can only be a good thing.