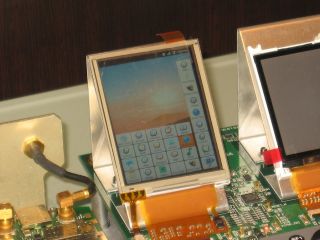 Who will buy an Android phone?

One of the key themes running through this week's Mobile World Congress has been the industry's first glimpse of the Google-backed Android platform. And it has provoked a fascinating cacophony of reactions from the mobile industry.

We talked to Qualcomm's chief operating officer, Sanjay Jha. He told us the big challenge for Google and the Open Handset Alliance is to keep mobile operators happy. "I think it's a case of doing deals between the operators and Google to enable some level of comfort. [It's an] uneasy medium…completely open has some issues, completely shut certainly has its problems."

Android has divided opinion at the show. Many are surprised at how far the OS has developed in terms of a usable interface. Others don't believe the hype. Understandably, this includes Microsoft.

Windows Mobile group product manager John Starkweather indicated his cynicism to us, saying "we know how long it takes" to get from a reference design such as that shown off by companies such as Qualcomm, Texas Instruments and ARM.

Certainly, while Qualcomm's demo was the most feature-complete display of Android at the show, Texas Instruments' demo certainly showed us what it would be like in a phone form factor.

Again, it's surprisingly responsive, even if on the demo none of the internet-based features are properly working. The home screen has icons for standard phone apps, Gmail, music player and so on, while there's also a Google start page which is a customised edition of Google's own home page with links to its other services.

If this is what Android actually ends up like, it certainly won't be anything ground-breaking. For a quick look at the OS in action, check out this video.

While Android has also been made out to be the ultimate in open operating systems, one handset manufacturer we spoke to questioned whether that strategy means much. "What does open actually mean?" he asked. It's a good point. With even Apple releasing its SDK for the iPhone, it's becoming easy to create mobile apps for all devices.

Who will buy Android?

It's also difficult to envisage who will actually buy a phone with Android on unless you're into phone customisation and hacking. Businesses are well catered for by Microsoft and RIM, while consumers looking for smart new devices may be swayed – but it depends on who opts to release Android handsets of course.

We shouldn't judge yet though. Android isn't finished and has currently been released as an "early look" to developers. As is typical of something so closely related to Google, the Open Handset Alliance hasn't said that much about the Android framework.

However, it has said that a key idea is to reduce the time it takes handset manufacturers to bring devices to market and reduce the cost of putting the OS on the phone.

The Texas Instruments prototype handset is based on TI's OMAP850 processor and has Wi-Fi and Bluetooth built-in.