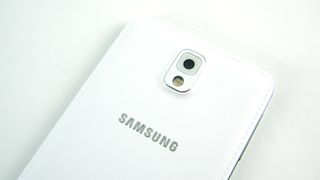 Samsung's bringing the camera button into the 21st century

If everything pans out the Samsung Galaxy S5 could have a camera to be reckoned with as a new report suggests that for the first time, Samsung will apparently put a dedicated camera button on its new Galaxy flagship.

But it's not just any button, there will be an invisible sensor built into the bottom right of the phone which you simply tap to take a picture, according to SamMobile.

It's claimed to be called 'Side Touch' and removes the need to tap the screen to fire off snaps. There are some limitations though as supposedly it won't work in portrait mode or when shooting video.

The report also claims the Samsung Galaxy S5 will have a 16MP sensor - which has long been rumored - as well as the ability to shoot 4K UHD video at 30fps and 1080p video at 60fps.

The information doesn't end there, as SamMobile also kindly listed the camera modes we're likely to see on the Galaxy S5.

These include old favorites like Sound & Shot, Panorama and HDR alongside new ones such as 3D Tour Shot, which can be used to create interactive virtual tours of your surroundings, Continuous Shot, which takes numerous photos in rapid succession, and Focus Select, which makes subjects stand out against the background by adjusting the depth of field.

There will also be numerous camera effects, such as monochrome, sepia, vintage and cartoon.

Just the other day we heard from Samsung itself that the Galaxy S5 will have an improved LED flash, so if all this other information is accurate it looks like the camera is going to be a key feature of Samsung's new flagship.