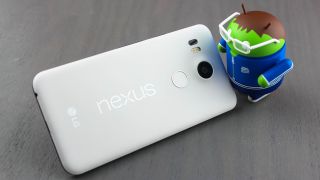 Since the announcement of the Android Nougat name there's been a flurry of rumors about the new Nexus devices, including fairly comprehensive specs listings.

And if there was any doubt the Nexus M1, aka the 'HTC Marlin' (which is believed to be the more powerful of two new Nexus handsets), would deliver flagship performance, a benchmark spotted by Phone Arena looks reassuring.

A phone listed as the 'google marlin' has been put to the test on Geekbench, achieving a single core score of 2084 and a multi-core result of 4969.

That's significantly ahead of the 4417 score achieved by the iPhone 6S and almost identical to the 4962 multi-core score of the HTC 10, both of which are speedy handsets, so if the listing is authentic you can expect meaty performance from the new Nexus.

But it's not the highest Geekbench score around. The LG G5 managed an impressive 5386, the Snapdragon 820 version of the Samsung Galaxy S7 was higher still with 5398, and the Exynos-driven Galaxy S7 towers over them all at 6542.

The listing reveals a few other details, but none that come as much surprise. It's shown to be running Android Nougat and has 4GB of RAM, both of which had previously been rumored. The processor isn't named, but it's a quad-core one running at 1.59GHz (though that's likely the speed of the slower two cores).

It's expected that both this and the more mid-range device, codenamed the HTC Sailfish, will launch sometime in September, so we should know for sure soon.