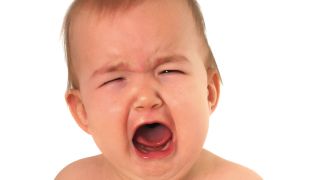 Calm down dear, it's just another resignation

The recent spate of resignations coupled with supply issues to its flagship HTC One smartphone has rocked the boat over at the Taiwanese firm, but its chief doesn't think it's at panic stations just yet.

Speaking to the Wall Street Journal, HTC CEO Peter Chou explained that the company is doing just fine and the departure of some key executives is just part of normal business practice.

Hands on, hands off

Chou admitted that he should have been a little more hands on in terms of marketing before recruiting a new department head, while the firm needs to plan better in the future to avoid the delays experienced this year.

He says that it's a trial and error system and it gets better every time a new handset is launched.

"Over time, when we do this many times, we will be more capable on how to manage and balance working on the new things and the execution," said Chou.

When it comes to marketing Chou is under no illusion that HTC is some way off the level which Samsung and Apple operate at - and while those dizzying heights of branding anything which stays still long enough are not quite within its budget, the Taiwanese firm is looking to ramp up its exposure.

Chou revealed: "We've been working a long time to really understand what it takes for us to build a brand," and HTC is doubling its marketing spend for 2013 to help strengthen its name.

The HTC One is selling well and so it should as it's currently TechRadar's best phone in the world today, but HTC needs to continue to churn out top handsets across the board if its to change the minds of its doubters.

Or perhaps Iron Man himself is all the Taiwanese firm needs.