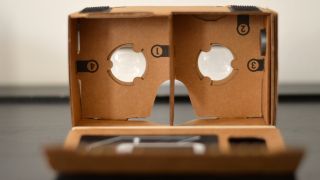 If you doubted the scope of Google's VR ambitions, doubt no longer: as well as bringing virtual reality to Android Nougat in the form of Daydream, it's also building it into its mobile Chrome browser.

The latest beta and developer versions of the app include WebVR capabilities that essentially let you make the most of websites designed with virtual reality in mind - websites as well as apps can then serve up some immersive content for you.

The feature isn't actually functional yet, as Road to VR reports, but it's a sign of what's coming down the pipe as the tech world goes VR crazy (or at least tries to). You could check out all those Facebook 360-degree photos on the web as well as in the Facebook app, for instance.

Importantly, WebVR lets you experience websites that aren't optimised for VR in a VR setting, too - so basically you can enjoy browsing through any site you like in a virtual reality environment, if you find the usual 2D experience a little old hat.

While the new addition may not make much sense to non-developers, it's going to allow sites to work a lot more seamlessly in VR - so following a particular link won't suddenly push you out of a 360-degree bubble, and so on.

Of course you'll still need a VR headset to make the most of WebVR on Chrome for Android when it eventually arrives, and right now the quickest and cheapest option is a Google Cardboard headset. Presumably the same features will make it to Chrome for iOS too, but no word on that yet.

Check out our in-depth review of the Sony Xperia X: