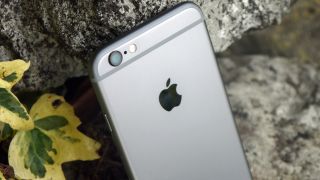 It's fair to say that almost every smartphone manufacturer wants to bring out an iPhone killer, but so far none have succeeded. Samsung sells more phones than Apple overall, but even its biggest flagships like the Samsung Galaxy S7 don't generate quite the same level of hype.

Attaining the iPhone's cult-like status seems unreachable for most brands. Simply making a great handset won't do the job – at any given time the latest iPhone is rarely the best phone available. Strong marketing surely helps, but to explain the phenomenon away with that alone seems reductive.

Whatever the reason, no other brand has quite managed to make an iPhone killer, but plenty have tried, and, as the following five handsets show, often failed quite spectacularly.

The Samsung Jet S8000 came out back in 2009 and ahead of its launch Samsung's General Manager for the UK proudly proclaimed that he believed it was better than the iPhone 3GS, thanks to its AMOLED screen and industry-leading 800MHz processor.

Those are certainly things worth shouting about and these days if any company is going to overthrow the iPhone it's likely to be Samsung, but the Jet, which was billed as 'smarter than a smartphone', used Samsung's feature-phone UI. In other words, it wasn't even a smartphone.

It also used Samsung's TouchWiz interface, which even now is divisive and back then was only slightly less fun than repeatedly headbutting a brick wall (that at least led to interesting hallucinations), especially as it didn't have the power of Android underneath it.

Ultimately the Samsung Jet wasn't an awful phone, but it was a distinctly average one, scoring a 3-star review from us.

It sold fairly well for Samsung, securing over 2 million pre-orders, which at the time was a record for the company and higher than the pre-order number for the iPhone 3GS. But you can bet that once it went on sale and reviews came out interest started to dwindle, while the iPhone 3GS sold 1 million units in its first three days on sale and continued to prove popular with buyers long after.

While many companies have talked about their handsets as iPhone killers over the years the Palm Pre is one of the few that, at least briefly, seemed like it might genuinely live up to the billing.

Before the rise of the smartphone Palm found success with PDAs, which arguably were the precursor to the handheld electronics we use now, so it had a lot of relevant experience and the Palm Pre certainly sounded intriguing, with both a touchscreen and a slide-out keyboard, along with Palm's webOS operating system, which made its debut here.

And the truth is the Palm Pre wasn't a bad phone at all. We slapped four stars on it, remarking that the multi-tasking support was useful and that it was a better choice for savvy computer users than an iPhone.

But the majority of the buying public aren't savvy computer users and for them this was never going to have the allure of Apple's devices, which is why the Palm Pre sold around 100,000 units in its first week on sale, while the iPhone 3GS, which launched just after, sold 1 million in half that time.

Apple is a master at what it does, so in an attempt to stand out LG did something quite different with the BL40 Chocolate, delivering a phone that looked, well, a whole lot like a chocolate bar.

It was the world's first phone with a 21:9 screen, which had two effects. Firstly, it was great for movie lovers and secondly, it looked absolutely ridiculous. Still, it definitely stood out.

The software wasn't much better, with noticeable lag and a confusing button layout, while the battery life verged on awful.

Somehow we still quite liked it (the screen really was great for the time and the design was at least something different), but it's probably saying something that these days almost every smartphone looks like an iPhone, and very few resemble chocolate treats.

2009 was a busy year for phones trying to steal the iPhone crown, as alongside the Palm Pre, LG BL40 and Samsung Jet we also had the Nokia N97.

Back in the days of dumb phones Nokia was the king and it was still riding high on the early smartphone wave, so hopes were high for the N97, a phone which stood out from the Apple and Android crowd thanks to its QWERTY keyboard, but which could still be counted among them due to its 3.5-inch touchscreen.

But there was just too much wrong with it for the N97 to ever hope to topple the iPhone. Packing a keyboard in left it with a chunky build, performance wasn't as slick as the iPhone 3GS and the Symbian S60 operating system was frankly a buggy mess compared to iOS.

It was still a solid handset, but its premium price tag made it a tough sell next to Apple's alternative, which was altogether slicker and benefited from the App Store (which Nokia's Ovi Store couldn't come close to for quality or quantity of content). It was a minor hit, selling around two million units in its first two months on sale, but an iPhone killer it was not.

The other iPhone wannabes in this list were at least competent, but the BlackBerry Storm was a disaster. It was RIM's (now just BlackBerry) first touchscreen phone and the first of its handsets not to have a keyboard, so it was really gunning for a slice of Apple's pie.

And it didn't get off to a terrible start. Reviews were mixed, with our own one coming in at 3 stars, but we praised its design and emailing skills and it initially sold reasonably well, launching in November 2008 and topping 1 million sales by January 2009.

But it's a phone that apparently wasn't built to last, with the book Losing the Signal: The Untold Story Behind the Extraordinary Rise and Spectacular Fall of BlackBerry revealing that almost every single one of those million handsets had to be replaced, often more than once, according to BGR.

Even without those problems the BlackBerry Storm was never going to be an iPhone killer. The phone was sluggish and lacked Wi-Fi, which wasn't as vital a feature then as it is now, but still rendered the phone average for the brief period of time before it broke, for seemingly almost every single person who bought it.