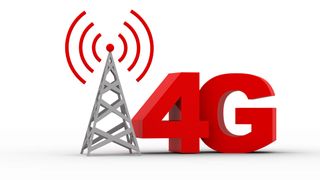 An auction for more spectrum for your 4G...

Earlier this year, the Digital Dividend auction ended with Telstra and Optus purchasing 700MHz spectrum. The telcos secured the spectrum for their expanding 4G networks, with Vodafone, which bowed out of the auction, relying on its 20MHz spectrum for 4G.

While the government received almost $2 billion from the auction, which also included the sale of 2.5GHz spectrum band, two lots of 15MHz in the 700MHz spectrum didn't sell.

On the allocation of the spectrum, the Minister for Broadband, Communications and the Digital Economy Stephen Conroy has released two draft Ministerial Directions to the Australian Communications and Media Authority (ACMA). Both drafts are up for public consultation.

According to the draft, the ACMA will be required to report back by September 1, 2014 on the "appropriate procedures for returning the unsold 700MHz spectrum to market".

As with the initial Digital Dividend auction, the draft requires the ACMA to fix the access charges for the sale at a price no less than $1.36/MHz/pop, but that doesn't mean that the ACMA will be required to return the spectrum to market.

"The ACMA has previously stated that it should not be assumed any unsold spectrum would be returned to market in the short term, or at a price that is lower than the reserve price set for this auction. These proposed Directions formalise that approach," Senator Conroy said in a statement.

But with Australia set to shut off the last of the analog TV signals by the end of the year, more 700MHz signals may open up for a future auction.

On the drafts for the sale of the remaining 30MHz in the 700MHz spectrum, submissions can be made by July 19, 2013. Information on how to make a submission can be found here.