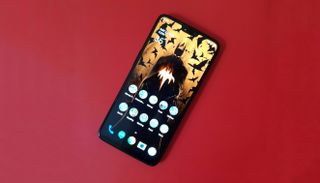 It’s rumored that the OnePlus 6T will be announced on October 17, but as for when you’ll actually be able to get your hands on it, that date could be October 30.

It’s a date that comes from an Amazon India listing for the phone, spotted by MySmartPrice, which lists October 30 as the end date for pre-orders, presumably meaning the OnePlus 6T will ship either on October 30 or October 31.

If you do pre-order the handset you apparently get a pair of USB-C earphones and some Amazon credit, though it’s not known whether other regions will have the same pre-order offers.

Although Amazon is a fairly compelling source we would still take this information with a pinch of salt, since the date may be incorrect or a placeholder and the listing itself has seemingly been removed.

For now, we’re not even certain that the OnePlus 6T will be announced on October 17, though there might be news on that soon, as the company has tweeted that it will soon be making an “exciting announcement” related to the phone.

Already OnePlus has revealed that the 6T will have an in-screen fingerprint scanner and improved battery life, but no 3.5mm headphone port or wireless charging, so at this rate there might not be much left to learn by the time the phone is fully unveiled.