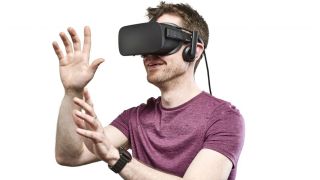 Following the news that Oculus is apparently set to release a standalone virtual reality headset codenamed Pacific for $200 (about £150, AU$260) in 2018, a new report claims the Facebook-backed VR giant actually has plans for multiple standalone headsets.

According to Ars Technica, the company is exploring various options for a ‘spectrum’ of standalone headsets in the future. By standalone, Oculus means products which don’t need to be hooked up to a PC or smartphone, because they’ll have their own built-in processor (a Qualcomm Snapdragon chip is what powers the Pacific).

This obviously adds more weight to the prospect of seeing a Pacific headset next year, and indeed Oculus mentioned that it’s working on standalone devices which fully support positional tracking (something Pacific doesn’t do, and that’s its major limitation).

Presumably, the firm was referencing its Santa Cruz offering there, a headset with full motion tracking which is currently well underway with prototyping.

Given the use of the word ‘spectrum’, it’s seemingly the case that there are more planned headsets in the pipeline than the aforementioned two. At any rate, it’s clear the standalone concept is an important one for Oculus.

The idea is not to replace the Oculus Rift, however – far from it. Rift will remain the high-end offering, while the idea with the standalone headsets is that they’ll provide a far more wallet-friendly route into VR thanks to their lower price, and the fact that they don’t need a decent PC to run them. But they’ll offer more oomph than the budget-orientated virtual reality headsets which hook up to phones.

In other words, the hardware represents a safe middle ground which Oculus hopes will really drive consumers to adopt VR in greater numbers, which is something that hasn’t happened thus far.

Another part of that drive is a big reduction in the price of the Oculus Rift, which has been knocked down to $399/£399 in the Summer of Rift sale (around AU$575 including delivery to Australia from the US); and even after this sale is over the price will be permanently lowered to $499 (around £380, AU$640), at least in the US.

In response to last week’s Bloomberg report, an Oculus spokesperson released a statement to say: "We don't have a product to unveil at this time, however we can confirm that we're making several significant technology investments in the standalone VR category. This is in addition to our commitment to high-end VR products like Oculus Rift and mobile phone products like Gear VR."

The company also confirmed that we won’t see any new hardware this year. As mentioned, big things should be happening next year though, so fingers crossed that the development and prototyping of everything stays on track…