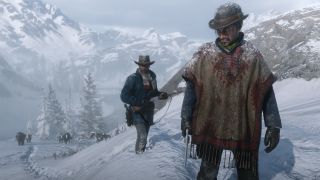 We had to wait an entire year for Red Dead Redemption 2 to make it to PC, but apparently the wait was too long, as the game's sales are not doing so great.

In the first month of its launch, Red Dead Redemption 2 was exclusive to the Epic Games Store and Rockstar's own storefront. And while we have no idea how many people bought it directly from Rockstar, a report from Superdata states that the game only sold 408,000 units via Epic – an extremely low number.

But Red Dead Redemption 2 is no longer exclusive to Epic, though, right? Well, even though it launched on Steam a little while ago, it seems to be faring even worse on Valve's platform.

When compared to the game's landmark console launch, where it sold over 17 million copies over its first 12 days, according to a report from Polygon, this PC launch seems a little underwhelming.

Grand Theft Auto V had an amazing launch on PC, along with a PC port that basically showed other developers how it's done. However, between the Epic Games Store exclusivity and the rough state that Red Dead Redemption 2 launched in (we couldn't even play it for the first few days), the cards weren't exactly in Rockstar's favor.

Even after Rockstar patched the game to make it playable, many users experienced problems with performance, so the game has had a rocky reputation. Luckily, all of that has been addressed and Red Dead Redemption 2 is genuinely a good port now, it just took a month to get there.

We have seen the game get price cuts across both the Epic Games Launcher and Steam, where it's currently on sale, something that we never saw for Grand Theft Auto V so soon after its PC launch. Who knows, though? Maybe the draw of the constantly-updated Red Dead Online will slowly grow the PC playerbase over time – but right now it's not looking so hot.