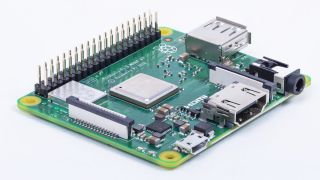 The foundation trying to bring affordable computing to the masses has just taken another big step in the right direction with the launch of the Raspberry Pi 3 Model A+.

While the Raspberry Pi Foundation has released condensed versions in the past – the original Pi 1 Model A+ came out in 2014 – the Pi 2 or 3 computers hadn’t received that treatment until now.

Retaining the most impressive specs of the Pi 3 Model B+, the Model A+ features a 1.4GHz, 64-bit quad-core CPU as well as support for Bluetooth 4.2 and dual-band Wi-Fi (2.4GHz and 5GHz), but in a smaller, more affordable package.

The team behind the device has improved its overall thermal management as well, and booting the unit from external USB mass storage devices should be a more efficient process overall thanks to some tweaks in that area.

Some concessions have to be made to get the price and size down to what it is however, and that means halving the 1GB of RAM down to 512MB, dropping the ethernet port, and reducing the USB 2.0 ports down from four to one.