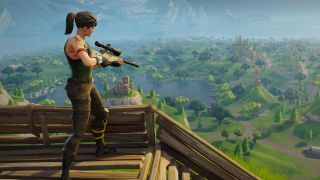 NBN Co has issued a statement clarifying the comments from CEO Bill Morrow yesterday on the congestion of its fixed wireless connections and its relation to gamers specifically.

“Mr Morrow said that to prevent the heavy users from impacting the majority, their usage could potentially be shaped in the busy period and they could download as much as they want at other times”, the statement claims.

So, even if Morrow claims that he didn’t explicitly blame gamers, he did say that the majority of “heavy users” were gamers, and that these users would be the ones targeted by "shaping".

If gamers weren’t predominantly to blame, who was? Morrow listed higher-than-expected take-up of the fixed wireless service and increased data consumption as causes, but mostly blamed concurrency (aka: peak hour).

These issues are a bit alarming in themselves: the fact that users unable to receive wired connections would want a fixed wireless alternative shouldn’t have been surprising, nor should have been the growing data consumption year-on-year.

But a service unable to accommodate for multiple users at once – during the hours at which most people consume online entertainment such as streaming TV and movies – has clearly got some inherent planning issues.

Should gamers be worried?

As we mentioned in our initial article, NBN Co has no way of determining exactly how you use your data, so in order to be targeted for "shaping", you’d need to be a ‘heavy user’ rather than just a gamer.

In the case of the Sky Muster satellite service, this means that if you download more than 75GB in a four-week period you’d be considered a heavy user.

According to NBN’s article on the data-use of gaming, the average online gamer uses 100MB per hour, whereas streaming  Netflix or Stan in 4K uses 7GB per hour. The same article mentions that the major burden comes from full game downloads, patches and DLC.

As the current discussion around fixed wireless shaping is all conjecture, we don’t know exactly what form it will take, or if it will be employed at all. The safest approach for gamers would be to download your major files outside of peak hours and continue gaming as normal.