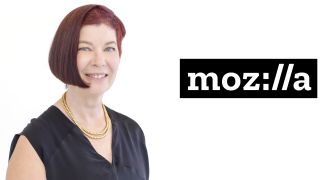 Tech companies are facing scrutiny like never before. As Mitchell Baker, executive chairwoman of the Mozilla Foundation says, the mood had turned around completely since 2010 – the year of the Arab Spring, when web companies were hailed as a tremendous force for positive change.

Then, social media was a way for people whose voices were stifled by mainstream media channels to spread awareness and organize protests.

Against this backdrop, Mozilla (creator of Firefox) has updated its manifesto – a set of guiding principles the non-profit organization uses to direct its work. We spoke to Mitchell Baker, executive chairwoman of the Mozilla Foundation, about the reasons for the update and the role of tech companies in society today.

"We’ve always been a technology organisation that’s focused on the impact of technology on society," Baker said. "To have a healthy society, you need to have a healthy infrastructure. To have healthy discourse, the tools need to be built with that in mind.

"It’s become apparent that the state of technology and business really can impact on overall society. We’re starting to see that become prevalent. We’re relieved that the big tech business models are becoming broadly known, but the setting in which it’s happening is disturbing."

Baker doesn't claim Mozilla has all the answers to this problem, but thinks the tech industry can do better and should spend time experimenting with alternatives to current practices.

"We are a global brand, but we’re not like the others," she said. "We're a non-profit and see the internet as a public service and we want to be clear and direct so we can attract new ideas. We need new ideas and innovation.

"We think sometimes you end up with a product that is good for consumers on a mass scale – that’s Firefox – but we think we need to look for other ways. Prototyping, testing out things, showing how something else is possible."

So what are the alternatives? Baker accepts that advertising is the main revenue source online, just as it has always been in print publishing, but Mozilla is experimenting with ways to detach it from users' data.

In US, it's testing personalized sponsored stories that take the form of video or article suggestions from Pocket.

"Your copy of Firefox is your advocate for privacy on the internet," she explained. "Google thinks the website should come to you as close as possible to how the designer made it, but we make the browser your protection. Your copy of Firefox knows a lot about you, so can we let it select which are the best ads for you? It takes some experimentation."

The experiment launched with Firefox Quantum as part of Pocket Recommendations. When users open a new browser tab, they're shown a selection of stories that other users have saved to Pocket. In certain parts of the US, this includes a number of sponsored posts.

Baker made it clear that this is only an experiment for now, though it could be rolled out more widely if it proves successful. "You have to try this and see if the interface works," she said. "It’s tricky to give people choice in a way that’s understandable. Depending on the results, it may show the promise that things can be done differently. Possibility is a strong motivating force."

We asked Baker if she thinks we've reached a tipping point with regard to use of personal data and civil conversations. "It’s certainly a reflection point," she said, "but is it enough to make the scales tip for good?"

She added that the updated manifesto, which is seen by everyone who works with Mozilla, has had a real effect on the way people behave, making them think about how they react online.

"We think that acknowledging that tech has an impact on society and tech reflects the people who build it is really important," she said. "We think the internet should elevate civil discourse. We’re dedicated to trying. Some employees of Mozilla have said, ‘What is my attitude – am I in a state of constant fury, or am I taking a step back to be civil?’ The manifesto is an expression of what could be possible."