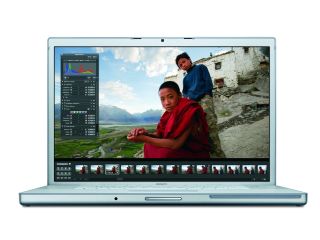 Apple has finally updated its MacBook and MacBook Pro laptops, but the updates are incremental rather than being anything revolutionary.

The biggest change is to the MacBook Pro, which has been speed-bumped with 2.4GHz, 2.5GHz and 2.6GHz Intel Core 2 Duo processors, based on the 45nm Penryn architecture.

Apple has also doubled the amount of video RAM (VRAM) available with the MacBook Pro's Nvidia GeForce 8600M GT graphics card. The base 15-inch model has 256MB of VRAM, while the mid-range 15-inch and range-topping 17-inch get 512MB now as standard. The MacBook Pro's hard disk drive storage has also been increased to 250GB, with a 300GB drive available as a build-to-order option.

Apple has added multi-touch functionality to the MacBook Pro as well, bringing it into line with MacBook Air launched in January. This enables MacBook Pro users to use iPhone-like gestures on the laptop's touchpad.

The only other obvious change is that the 17-inch model now also has an LED backlit display. LED backlighting was previously limited to the 15-inch MacBook Pro.

The MacBook update concentrates on speed, with 2.1GHz and 2.GHz 45nm Penryn Core 2 Duo processors from Intel. Hard disk storage capacity has also increased, with up to 250GB on tap in the standard black £949 model. Sadly the MacBook doesn't get multi-touch - if you want that feature you'll have to pony up for the MacBook Air or MacBook Pro. Prices range from £699 to £949.