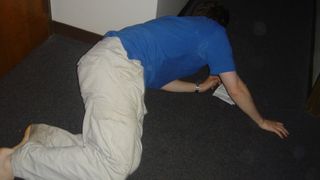 Turning 18 years old gives U.S. teenagers their first chance to legally make adult decisions, but before that happens, California teens are going to be entitled to a second chance at reshaping their online personas.

That's because Governor Jerry Brown just signed the Privacy Rights for California Minors in the Digital World, or more commonly being called "the eraser law."

It requires that online sites take down posts when California minors request it, meaning all of their embarrassing photos on Facebook, Twitter, and Google could be gone in a flash.

"We're all young," said California State Senator Darrell Steinberg in an interview with local TV station KCRA. "You're fooling around and you post something that you don't mean to be derogatory or embarrassing.

"Well, little do you know that your college application could hinge on something that you didn't intend to be hurtful or harmful, but it turns out it was and is."

Not so fast, junior

Privacy Rights for California Minors in the Digital World was signed into law this week, but it doesn't go into effect until January 2015.

So, not only is the law not retroactive, it won't cover 16 and 17 year olds who turn 18 before businesses have to comply with the new rules.

It applies only to content posted by the minor and doesn't extend to third parties. That means embarrassing photos shared by another friend, for example, don't fall under the guise of the new law.

Ahead of the January 2015 roll out of the law, legislators are working with online businesses willing to help teens better control their identity.

"Some of these companies are already doing this. They call it the 'eraser button.' And we just mandate that you have an eraser button."