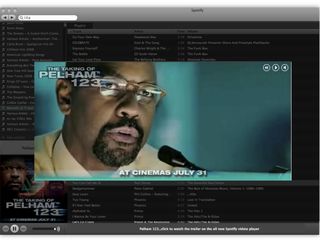 Spotify streams ahead of Last.fm in the UK

Spotify is st(r)eaming ahead of competitor Last.fm in the battle to provide Brits with a decent no-cost online music service, according to latest polls.

Spotify seems to have been around for an age, yet it only launched in the UK back in February of this year. Amazingly, the 'freemium' service delivered over a BILLION streamed tunes to Brits in its first six months.

In terms of music services, Apple's iTunes is still the main player, used by 50 percent, followed by Amazon (24 percent) and RealPlayer.

However, Spotify was used by 11 percent of those polled, compared with a mere 4 per cent using Napster and 7 percent using Last.fm

60 percent of users stream music from the web, according to the survey, which suggests Spotify's rapid growth could well continue, particularly as the service looks to roll-out further mobile phone apps following the hugely successful launch of its iPhone app back in September.