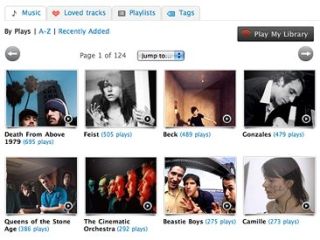 Last.fm's CFO Ryan Regan has told TechRadar that the popular music service views Spotify as a collaborator rather than a rival.

Regan, speaking at the Xbox Collectives launch party said that, although the two services sometimes sound similar, he believed that the major link was that both companies focus on the user.

"I think there's a lot more cooperation between Last.fm and Spotify than there is competition and internally we find the services very complimentary," said Regan.

"An example is the first feature Spotify developed based on their user feedback was to allow users to 'scrobble' back to Last.fm

"That was something that was done outside of any discussions with Last.fm because their users wanted their Last.fm profiles to be updated with what they were listening to on Spotify and that's a great example of how the services are complimentary.

"As far as competition goes I think both companies are focused on the user and both companies do slightly different things even though they sound the same at times."

"We couldn't be more excited about it," added Regan. "Even though we have large community its not as large as we'd like it to be still, so tapping into Xbox and their passionate users is a great fit and will enrich the Last.fm community of 35 million plus."

"This deal is a validation of what Last.fm's built - that Xbox wanted us to be a partner."