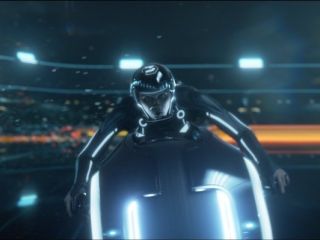 The director of Tron: Legacy has told Home Cinema Choice that the Blu-ray version of the movie has raised the bar for home cinema systems.

Joseph Kosinski says the Skywalker Sound staff told him the Blu-ray is a 'new reference' and that people may have to upgrade their sub-woofers for the movie.

"The guys at Skywalker Sound, who did the near-field mix for home theatre a couple of weeks ago, tell me that it's their new reference for home theatre systems," Kosinski told Home Cinema Choice.

"People may have to upgrade their subs after this Blu-ray comes out! It's going to be a great way to test out your home system."

Tron: Legacy got mixed reviews from film critics, but was enthusiastically received by the public and a sequel appears likely.

The Blu-ray version of the movie arrives today, and home cinema buffs are being urged to see how their systems deal with the enhanced sound.

"Sound is half the picture, after all," added Kosinski."I was at Skywalker for over six weeks working on the audio. It's a Dolby 7.1 soundtrack that's just perfect for Blu-ray.

"From the score by Daft Punk, to all the amazing audio work done by the guys at Skywalker Sound, I'm really happy with the way it's turned out."