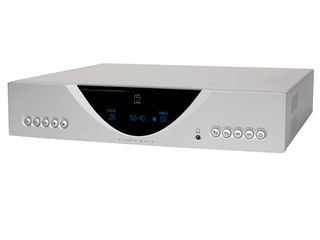 High-end AV manufacturer Linn has announced it is stopping production of its CD player range in 2010, favouring music streaming technology instead.

The shock announcement was made this week, with company calling the move "a testament to the supremacy of digital streaming technology."

"While we expected a slow shift from CD to digital media streamers following the launch of our Klimax DS player back in 2007, the truth is that in the past two years sales of CD players actually declined by more than 40 per cent," said Managing Director Gilad Tiefenbrun about the announcement.

"Meanwhile, DS player sales surpassed expectations, increasing by over 40 per cent to the point where they now make up almost 30 per cent of Linn's overall sales."

Linn is calling the move from CD to streaming a natural one and when asked if the company thought the UK's wireless infrastructure would cope with delivering consistently high audio output, Tiefenbrun said: "I think that the internet is up to the task of delivering high quality audio, the download speeds are there. The main problem is that the major record labels haven't got their act together yet when it comes to making original studio masters available."

Interestingly, while Linn is saying goodbye to the humble CD, Vinyl is still very much part of their agenda, with Tiefenbrun noting: "We think there's no reason why the analogue and digital propositions can't live side-by-side as methods of getting high-quality music. We're still absolutely commited to vinyl."