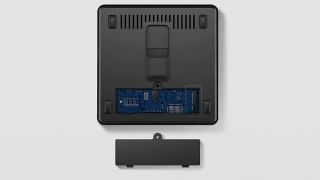 BMax may not be a household name but with a product like the B1 mini PC that could double as a thin client ($99.99 at Gearbest after a $20 discount via a coupon code GBCNBMAXB1), it may well soon be.

Unlike some of the other sub-$100 computers we listed here, the B1 is based on the Intel Celeron N3060 CPU which is a slightly more powerful processor compared to the Atom X5-8350 usually found in these devices.

This could make it a perfect match for anyone looking for an affordable, yet competitive business PC.

For less than $100, this computer packs some useful features like a free M.2 slot, a Gigabit Ethernet port and a VGA port. Its Celeron CPU, while not particular fast, should be more than enough for most office tasks.View Deal

Disclaimers? Don’t expect it to be in any way powerful enough to play any recently-released games, however it will be great for office work and for light tasks in general.

The B1 also packs 4GB of memory and 64GB eMMC storage; unique amongst sub-$100 PC is the fact that you can add a second SSD drive in the shape of a M.2 slot and given how cheap SSD are at the moment (even 2TB ones), it might be an easy way to get a souped up storage server.

The rest of the configuration is pretty much standard for an entry level PC; 802.11ac Wi-Fi, four USB ports, a VGA port (a rarity at this price), a HDMI one, Gigabit Ethernet (even rarer) and a 3.5mm headset jack. Since it has a VESA bracket, you will be able to drop it at the back of a monitor without much trouble.