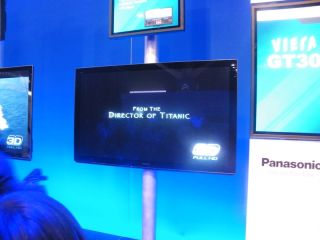 3D televisions were everywhere in Las Vegas at CES 2011

A senior BBC figure has admitted he has been left perplexed by the focus on 3D televisions at this year's Consumer Electronics Show in Las Vegas.

Although it was heavily featured last year, 3D had an even bigger role in CES 2011 - something that the Roland Allen, the BBC's head of technology liaison in the broadcaster's future media and technology department, believes is worrying.

"3D TV is again increasing its profile on the consumer technology agenda this year, being the dominant technology being exhibited by the big Korean and Japanese manufacturers," blogged Allen.

"From my perspective working for a broadcaster like the BBC this is somewhat perplexing to see given the relative complexity and cost involved in producing 3D content."

Allen underlined his concern that content is not being created at a rate fast enough to feed the 3D interest.

"Sony in particular has a significantly revamped and much larger presence than in previous years, emphatically promoting 3D as the core of its product line up.

"In Sony's case the focus on 3D is lent credibility by the fact that they own a significant slice of the content business in terms of 3D film production; this is not a position enjoyed by most of the other 3D TV manufacturers however and there is little evidence at CES that volume 3D content is a reality."

Sky has already launched Sky 3D, a dedicated 3D channel for the UK market, but Allen's fears about the amount of content are founded in reality.

Major films have become the subject of bidding wars from broadcaster keen to get their hands on the key 3D releases, although Sky is producing its own sports, entertainment and arts content.

However, the BBC has not yet joined the 3D revolution and Allen's comments suggest that Auntie is not steaming into the latest TV technology without lengthy pause for thought.