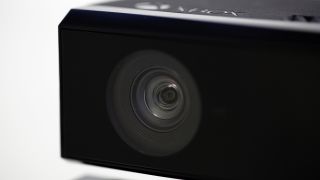 What's black, rectangular and really good at selling PS4s? Yep: Microsoft's Kinect. Microsoft's marvellous motion-sensing device is doing really good work for Sony, helping the PS4 outsell the Xbox One in the US and rocketing it to the top of the world's console sales charts.

Today, Sony confirmed that it has sold over 5.3 million PS4 consoles, and that's before it even goes on sale on its home turf of Japan.

I'm pretty sure it's Kinect, anyway. To my eyes it's the most obvious difference between the two otherwise very similar consoles, and unless Microsoft has found a way of making Kinect sensors for $1, it's also the explanation for the huge difference in price between the rival platforms.

That kind of money makes a huge difference, and I wonder: if Microsoft had kept the Kinect as an optional add-on, which we all know it should be, would the Xbox One be much more attractive?

It certainly would be for me.

One Kinect is more than enough

I think I'm a fairly typical console owner. I'm not a hardcore gamer - my Xbox 360 spends more time catering to my daughter's faintly frightening Skylanders obsession than it spends with me - and I don't have much spare cash.

As a result I don't want to spend money on things I don't need, and Kinect falls into that category. I've already got a first-gen Kinect, and it's a purchase I regret: the few games that support it don't support it very well, and usually end abruptly with an irritated child and an even more irritated me. I want to like it, I really do, but in my house it's hopeless. I'm not the only one, either. Writing on Polygon, Ben Kuchera describes a peripheral that "is one of the most hated pieces of equipment in current use."

The lack of backwards compatibility means I'm starting from a clean slate here, comparing the two consoles on three crucial areas: price, performance and games. The Xbox One fails massively on the first criteria, and from what I've seen so far it fails on the next two too.

Games such as Metal Gear Solid 5, Call of Duty and Battlefield 4 run better on PS4 than on Xbox One, and while Microsoft does have some Xbox One exclusives lined up the prospect of another Halo game, like any other sequel, grows less exciting with each successive release.

I appreciate that Xbox fans won't agree with me on the pros and cons of the rival consoles, but I suspect there are many more relatively skint occasional gamers like me than there are hardcore platform fans these days. For people like me the new-console question starts with price, moves onto games and then onto performance - and while the Xbox One is charging a premium price, it isn't offering a premium catalogue or premium performance.

Microsoft says a cheaper Xbox One isn't on the cards, and that has to be music to Sony's ears: for as long as Microsoft insists on bundling an expensive peripheral few people want and even fewer need, the PS4 is going to look like the better deal.