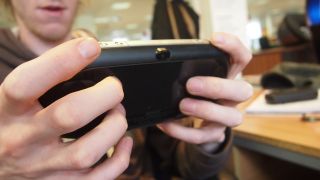 Sony's next-gen handheld the PS Vita had its worst sales slump in Japan last week, with the amount of units shifted slipping below the 10,000 mark for the first time.

All gaming hardware sales in Japan took a bit of a battering, with Nintendo 3DS sales plummeting by nearly 50 per cent to 72,115 units.

The PS Vita is currently selling at around 60 per cent of its predecessor, the PSP, which managed 14,804 sales in the same week.

Some experts are pointing to a software lull for the PS Vita, with the hope that when new triple-A titles are released the console's numbers will pick up.

It's a tough time for the dedicated handheld gaming market, with massive competition coming from tablets and smartphones - and the recent reduction in console prices won't have helped matters, either.

Sony's latest announcement that it is to restructure its whole business shows that the company is at least making the major changes it needs to get its business back to fighting fitness, but these latest PS Vita figures will come as something of a blow.

There's a number of big games coming to the handheld soon, including Mortal Kombat and LittleBigPlanet.

Via SlashGear and PSU