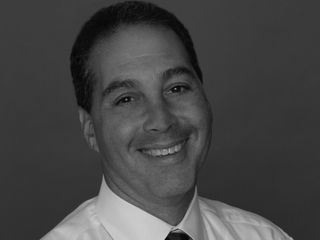 TechRadar: Can you give us a potted history of the Guitar Hero franchise? And tell us why you decided to take the job of CEO of Guitar Hero?

Dan Rosensweig: Well the history of Guitar Hero is pretty spectacular. Really, I don't know of another franchise that has captured the imagination of the world so quickly and so powerfully and so positively in such a short period of time. I think

started back in 1996 when Kai and Charles [Huang,

founders], who have always been entrepreneurs, were selling dance mats for

and they stumbled upon the concept of the guitar controller. They then licensed the software and created

By the time Guitar Hero 3 rolled along, the game had just become massive. It was acquired by Activision three years ago. And when you combine the creativity, the innovation and the excitement of the game with Activision's marketing and distribution prowess, the game quickly became one of the biggest franchises in the world.

The reason it became so popular – obviously, I'm not sure anybody would have anticipated this level of success early on – and the reason it captured the public's imagination is because it has some of the elements that, when you put them together, really become something special. So, first of all, music. People love music. Second of all, people really do have an inner rock-star that they want to unleash. They want to perform. They want to have fun. They love playing games.

So what Guitar Hero has done is to turn music inside out. Whereas the iPod made music very personal, very singular – you put your ear-buds in and you listen to it – Guitar Hero turned it around and made it very social. So it is fun to play. It's fun to play against people. It's fun to watch people play.

TR: So what about the new and improved features in Guitar Hero 5 – things like 'Party play', the option to be able to play any instrument you like and some of the changes to the career mode in the game – what to these bring to the game?

DR: Yeah, well Guitar Hero has been so successful that a lot of people were questioning how it was possible to innovate on the most successful franchise of its kind. First of all, Guitar Hero 5 is the best-reviewed game that we have ever had. Second of all, the reviews really focused on these great innovations that you just listed.

Mostly what the developers have done is to make the game easier to play at the first levels and therefore more inviting for people that have not played it before. And then we've made it more complicated and more fun and more competitive at the higher levels. So it has expanded both the number and the combination of instruments that you can play. So you can play four guitars or four drums or four basses, or two basses and two guitars... whatever you want. So it really allows the game to be personalised in the ways that people want to play it.

Additionally, there are new features such as the ability to 'jump in and jump out'. Where one of the features of the earlier games was that, if you weren't doing well – either playing by yourself or playing with other people – then you would get booed off the stage. That made it difficult for people that were just getting into the game. Now, at the earlier levels, you don't get booed off.

And at the higher levels, if you are playing with a bunch of people and if your instrument isn't performing well and you get booted off the game your friends can still continue to play. And actually, if they play well, they can earn your ability to come back into the game. So it is the flexibility, the personalisation, the fun. These are all the things that fans wanted in the game that we are thrilled to be able to add.