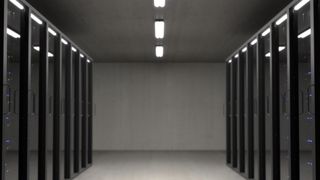 It turns out that after uploading files to cloud storage for backup purposes, users rarely access them which is why Dropbox has created a new layer of storage on its platform called cold storage.

After shifting its workloads away from AWS to its own data centers several years ago, the company developed a storage architecture called Magic Pocket to give it more control over how files were stored and accessed.

Dropbox's engineers realized over time that most users move files to its service primarily for backup purposes and rarely access them again. However, it doesn't make sense to store regularly accessed files and those that are rarely accessed using the same methods.

This is why Dropbox has now created two levels of storage, warm storage (previously Magic Pocket) and a new level of long term storage called Cold Storage that allows the company to store files less expensively.

Dropbox customers won't be able to tell which level of storage is being used to store their files according to a blog post announcing the new feature, which said:

“The warm tier remains our standard Magic Pocket system, which has high storage density and very fast network connectivity. Our cold tier runs on the same hardware and network but saves costs through innovatively reducing disk usage by 25%, without compromising durability or availability. The end experience for users is almost indistinguishable between the two tiers.”

The company expects its dual tier system to save it 10 to 15 percent in costs over time.

While Dropbox's Cold Storage layer will be missed completely by its users if implemented properly, the idea to separate recently used files and those that haven't been accessed in a long time represents a fundamental shift in how files are stored online and we could soon see other cloud storage providers follow suit.