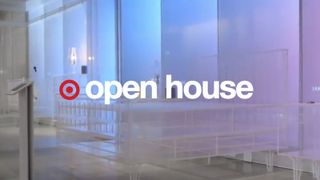 Target just announced the launch of Open House, an experimental new branch of its stores that sells nothing but connected home tech in San Francisco. The one-of-a-kind store is laid out to display the smart tech that, until now, hasn't had a proper showcase in the aisles of major electronics retailers.

The store rocks a futuristic look with translucent walls that are backlit by LEDs to better show off the different products and how they each can work in tandem to connect your home.

"... We're trying to humanize and personalize the benefits of these products, as well as show them working in concert," Waterbury said. "It's really about relevant storytelling and creating a destination for engagement and discovery."

The house that Target built

Considering that these various smart devices can only show off their utility in your home, it makes sense that Open Space is built like one. Waterbury added that "putting a house in the space, we felt, was the most relatable and welcoming way to introduce these products."

Target's Open House is an experiment, but it's one that major connected home brands are eager to be a part of. From Nest and Sonos to Parrot, Withings and GE, the gang's all here.

But how will the public react to the store? Target's chief of strategy and innovation, Casey Carl, is optimistic, having said that Target expects "huge value" to come of the store. However, Target was keen to point out that this is only a test.

Carl went on to say that the company is "...using Open House to test the trend, both for us and for guests."