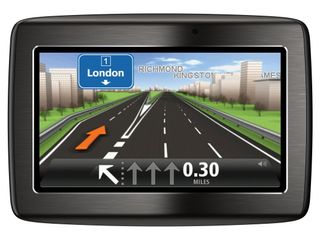 TomTom wasn't initially aware of controversial use of speed data

TomTom has issued a statement after it was revealed that police in Holland are using historical speed data, captured by its savnav devices, as a guide for positioning speed traps.

Devices like the Go LIVE 1000 collect speed information automatically and backs it up to a TomTom database, which allows the company to improve the service the dashboard companion can offer.

TomTom also makes the database available to authorities for safety and logistic purposes, but says it was unaware that the police were using it in this way and promises to listen to customer concerns.

The statement reads: "We make this information available to local governments and authorities.

"It helps them to better understand where congestion takes place, where to build new roads and how to make roads safer."

TomTom continues: "We are now aware that the police have used traffic information that you have helped to create to place speed cameras at dangerous locations where the average speed is higher than the legally allowed speed limit.

"We are aware a lot of our customers do not like the idea and we will look at if we should allow this type of usage."

Satnavs like TomTom have traditionally informed drivers of where speed cameras are located, so news that speed information of drivers could be used in this way is a strange reversal of roles.

TomTom also assured customers that any information it gathers is anonymous and can never be traced back to drivers, so there's no need to worry about a speed ticket coming through your door.