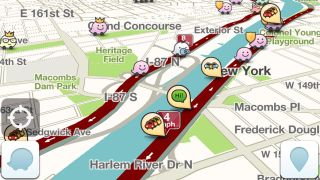 Google is reportedly readying to expand its Waze Carpool service, a move that would put the search giant in direct competition with Uber and Lyft as both companies offer carpool services.

The news comes from a person familiar with the matter speaking to The Wall Street Journal. Google began a pilot program for Waze Carpool earlier this year, but limited it to several thousand workers in the in the San Francisco Bay Area. The service aims to help people find carpool rides to and from work, helping to take cars off the road and ease congestion.

If the WSJ report is correct, Google will expand Waze Carpool to allow all residents in the San Francisco Bay Area to sign up to become either a driver or rider this fall. If successful, the service would expand to other cities, said the person.

Rides currently cost a maximum of 54 cents per mile, making Waze Carpool a much cheaper alternative to other ride-sharing services. Google also doesn't take any cut of the profits. For comparison, the price of an Uber can vary wildly due to demand and the various types of cars riders can request.

Google's rumored plans to expand into ride sharing could sour an already tense relationship with Uber. While Google invested $258 million (about £197 million, AU$343 million) into the company in 2013, the two have increasingly seen each other as rivals.

Uber initially ran Google Maps as its preferred navigation platform, but announced in July it would start its own mapping service to reduce its dependence on Google, as reported by CNET.

It doesn't end there: Uber also recently shut out executives from Alphabet, Google's parent company, from its board meetings, according to The Information. Today, the WSJ also reported Alphabet exec David Drummond resigned from Uber's board, citing the increasing competition between the companies.

Google and Uber's rivalry continues into self-driving car tech, which could play a major role in ride sharing in the future. Google spent years developing its self-driving car, and is getting ready to deploy them.

Uber, meanwhile, has invested heavily in autonomous car research, and will start giving customers rides in a self-driving Volvo fleet later this month.

While Waze Carpool is currently a great way to coordinate carpool drivers and riders, it's not a full-fledged ride-sharing service like Uber and Lyft.

Google will also have to tackle many of the challenges plaguing ride-sharing services, like vetting and offering employee rights to its drivers. Is Google ready to take on overcome the numerous pitfalls of running a ride-sharing service? We'll know more after its pilot program expands.