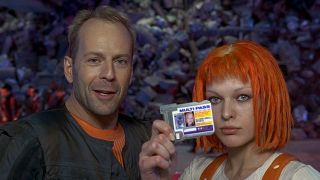 Netflix, Stan, Amazon Prime and Foxtel Now offer an ever-growing selection of movies which can be streamed to TV, computer or other compatible devices at a
moment's notice — so long as you've got an active subscription and coughing up money for the privilege.

Of course, if you're happy to pay for the latest streaming films, there are dozens of great movie night options on Netflix and Stan, which you can find below.

Bearing in mind that multiple monthly subscriptions can cost you quite a bit of money in the long run, we've put together a list of great movies that you can watch online without paying a cent, meaning you won't have to enter your credit card details to receive hours and hours worth of entertainment. Best of all, you won't have to do anything shady or illegal to stream then!

Hosted on a number of quality catch-up and streaming services, these entertaining films have been sorted into genres so you can more easily find a film for whichever mood you happen to be in. Below is a list of our chosen Australian-viewable sources for free movies.

Before they hit it big with South Park, Trey Parker and Matt Stone made this hilariously filthy no-budget musical comedy about a group of prospectors who turn to cannibalism after being trapped in the harsh Colorado winter. Loosely based on the life of Alfred Packer, the first American ever charged with cannibalism, Cannibal: The Musical is a little rough around the edges, but it's clear that the genius wit behind The Book of Mormon was already there from the get-go – it even features a song about building a snowman, beating Frozen to the punch by a good 20 years!

Once considered the greatest bad movie of all time (that title has since been taken by Tommy Wiseau's The Room), Plan 9 From Outer Space is terrible to the point of being amazing. The plot, which is total nonsense, centres around an alien plan to destroy Earth by raising the dead and preventing mankind from developing a universe-killing bomb (we're not even joking). The film, directed by the incomparable Edward Wood Jr., sparks the debate of whether a movie can be so bad that it actually becomes good again from the perspective of sheer entertainment value – surely a film that's this (accidentally) hilarious can't be all bad, right? You'll have to judge for yourselves.

If you like your animated films packed with sex, violence and rock 'n' roll, chances are that Heavy Metal will be right up your alley. A clear inspiration for Netflix's Love, Death & Robots, Heavy Metal is an animated anthology film that's based on the classic adults-only science fiction and fantasy magazine from Kevin Eastman, co-creator of the Teenage Mutant Ninja Turtles. It may look like a kids flick, but it's far from it – we recommend tucking the children into bed before setting off on this incredibly wild ride!

We're going to come right out and say it: Wheels on Meals features the best Jackie Chan fight scene of all time. Don't agree? Let's take it outside! Okay, now that our jets have cooled a little bit, we can say that the film-ending confrontation between Jackie and the legendary Benny the Jet Urquidez is an absolute all-timer, and is easily on par with the former's classic fight at the end of Drunken Master II. Two cousins (Jackie Chan and Yuen Biao) who run a successful fast food delivery business in Barcelona find themselves protecting a beautiful heiress (Lola Forner) from people who want to steal her fortune. The pair teams up with a bumbling private detective (Sammo Hung, who also directs) and eventually find themselves in deeper trouble than they could have imagined.

Watch on SBS On Demand

Once described as "Star Wars on acid" by star Gary Oldman, The Fifth Element is one of director Luc Besson's craziest and most visually-inventive films, which is really saying something when you consider the rest of his zany filmography. Futuristic cabbie Corbin Dallas (Bruce Willis) finds himself with a surprise fare when Leelu (Milla Jovovich) crashes through the roof of his taxi. Turns out she's a supreme being regenerated from the remains of an ancient alien race who was sent to protect Earth from an apocalyptic event. Still with us? Good. So now Corbin must help Leelu fulfil her destiny before a planet-sized evil reaches Earth and destroys it once and for all. A fantastic film that never ceases to entertain, The Fifth Element features a number of energetic performances, including a scene-stealing turn from Chris Tucker as the animalistic intergalactic radio host Ruby Rhod. A stone-cold science fiction classic.

Watch on SBS On Demand

We'll be adding more titles over time, so remember to check back often for more free movies to stream in Australia!