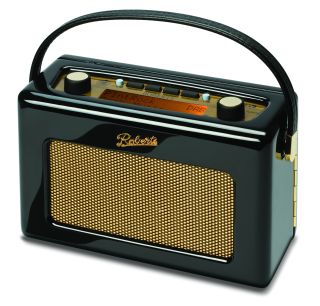 Tomorrow sees the Queen's Speech to Parliament, in which the monarch is set to ratify the controversial Digital Britain report.

TechRadar will of course be bringing you the full report on that - along with its varying responses, opinions and outcomes - where we expect the debates around the future of digital radio, the ratings of videogames and the future plans to bring high-speed broadband to all by 2012 to be re-ignited.

In the meantime, a leading local radio boss has slammed the accepted wisdom in government over the future of Britain's radio industry, claiming that a switch from analogue to digital is not in the best interests of hundreds of local commercial stations and their listeners.

William Rogers is the Chief Executive of UKRD and The Local Radio Company and is particularly unhappy about the current strategies for the future of British Radio being proposed by the newly-formed lobby group Digital Radio UK.

Rogers argues on RadioToday.co.uk this week: "What kind of industry is it that happily supports a strategic and structural change which only applies to about two thirds of its operations?"

He wants the industry to "look beyond the spin" of Digital Radio UK as we await the final publication of the Government's Digital Britain Bill due in the Queens Speech.

Put simply, Rogers thinks the argument put forward by Digital Radio UK as to "'Why Radio must go Digital' is itself completely out of step with reality as the fact is that a lot of radio is not able to go digital and no-one, least of all Digital Radio UK, is seeking to address that fact."

"This is a really serious situation and we all need to wake up before we sleep walk into a disaster," he added.

"It is extra-ordinary that we have an organisation advocating a position which implies it is speaking on behalf of the radio industry and yet completely ignores the fact that the policy it is supporting and advocating will leave potentially over a hundred local commercial stations denied any such future.

"This is poor policy planning and for many years has highlighted a real lack of concern for genuinely local commercial radio."

"Only just over 13% of the population listen to DAB radio after ten years of hammering away. And yet, here we are talking about a review in 2013 with a possible switch-over in 2015."

To be fair, Digital Radio UK has never confirmed that 2015 is actually under consideration to be the analogue-to-digital radio 'switch-over' year. However, it seems that Rogers has highlighted some genuine concerns among local radio companies (and their listeners) about the future direction of the radio industry in the UK.

TechRadar has contacted Digital Radio UK for a response to the latest criticisms levelled at it in the above-mentioned report. It would seem that currently, confusion reigns, going by comments made by the Chief Exec of commercial radio trade body, the RadioCentre, earlier this month.

How do we define ultra-local?

RadioCentre boss Andrew Harrison hosted the aforementioned meeting to look at "the potential impact of stations serving small, local and rural markets, and considering which should migrate and which should remain on FM. How do we define 'ultra-local'?"

Harrison added that small radio operators wanted "clarity and certainty" over the next few years as the industry gears up for digital radio switchover. But it will only take place in 2015 if listening targets, including more than 50% of all listening via digital, are met by 2013.

Discussing the recent criticisms from the likes of the UKRD (above) and TalkSport parent UTV, he summed up his concern about the confusions over digital radio:

"[UTV Media GB chief executive] Scott Taunton talks about 2015 being 'farcical', while Absolute Radio announced in the latest Rajar that 50% of its listening [to its national AM service] is digital. They are both national AM stations, and one of them is saying a date in six years' time is farcical, and the other one has already met the switchover criteria. They can't both be right."

Stay tuned for our full coverage of the ratification of the Government's Digital Britain Bill following the Queen's Speech on Wednesday this week.