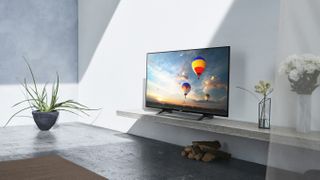 One of Google Home's big advantages over the Amazon Echo is its integration with Chromecast devices, which allows you to ask the speaker to play audio or visual content through TVs and stereos with the applicable hardware attached.

Now the Amazon Echo is getting similar functionality, but for now it's only going to work with Sony TVs equipped with Android TV.

Available commands include turning the TV on and off, changing channels, controlling the volume, and switching inputs.

No match for casting

It's a decent list of commands, but it doesn't quite match up to what Google Home is capable of. Using Google's speaker, users can request specific content from video streaming services to play on a screen. For example you could ask, "Ok Google, play Better Call Saul from Netflix on Living Room TV".

However, Google Home does not currently offer any granular control of your TVs settings; so it looks like the two voice assistants have different strengths and weaknesses for now.

What's surprising is that this Sony TV functionality has come to Alexa before Google Home considering that the TVs have Google Cast functionality built in.

But with the smart speaker seeing rapid development, including the recent addition of multiple user support, here's to hoping it gets similar TV controlling functionality soon.