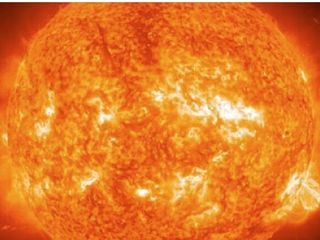 A new government list of major threats to the UK has identified solar flares as one of the top risks to the country's way of life.

Solar flares are explosions on the surface of the sun that can blast solar winds made up of charge particles towards the earth, disrupting electronic equipment.

The UK's ever-increasing reliance upon technology makes it particularly vulnerable.

In the freshly published register, inclement weather on the sun is listed along with coastal flooding, influenza pandemics and terrorist attacks as likely causes of "serious damage to human welfare".

The entry says: "Severe space weather can cause disruption to a range of technologies and infrastructure, including communications systems, electronic circuits and power grids."

Mark Gibbs, a representative of the Met Office, who was part of the panel of experts who added solar flares to the register, warned that they could precipitate a major civil emergency.

Gibbs said: "Potentially the biggest risk of all is to the electricity supply. Now in the US that is deemed to be a catastrophic risk. They could lose a very large proportion of their power grid. In the UK, for many different reasons – better engineering design, different way it operates, geology – the risk is less severe, but it is a risk nonetheless. Society can't function without power."

Thanks to Mr Arbuthnot we definitely won't be sleeping tonight.