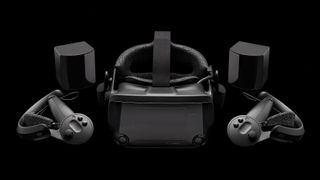 Valve can’t make enough of its Index, with the VR headset completely selling out ahead of the release of Half-Life: Alyx in March, despite how expensive the hardware is – but more units are promised to be arriving.

The hype for Alyx meant that the Valve Index sold out almost immediately in the US and Canada, as you may recall, but the trouble now is that the hardware is out of stock pretty much everywhere across the globe.

As Road to VR reports, on the Index’s Steam product page, Valve has implemented a ‘notify me’ button so folks can sign up to receive a notification when units are back in stock in their particular region.

Furthermore, on the subject of the depleted inventory, a Valve spokesperson told the website: “We are working hard to build more units and meet the high demand. We are targeting to be back in stock before Half-Life: Alyx ships.”

Now, that statement doesn’t sound all that confident to us, essentially saying that the firm is aiming – another word you might substitute is hoping – to have more units ready before Alyx releases, which seems to hint that this may not necessarily come to fruition.

Of course, the Index isn’t the only way you can play Half-Life: Alyx – it’s compatible with a whole range of VR hardware, as part of the big plan to push virtual reality gaming is to make sure that the new episode of Half-Life is widely accessible (it will even work with the Oculus Quest via the Oculus Link cable, and the likes of Windows Mixed Reality headsets).

However, Valve has made a fair old song and dance about how its Index headset will deliver the best VR experience for the game – with finger tracking via the controllers, for example (the fact is that the Index is just a great piece of hardware all round, as we cover in our full review of the device). Alyx was developed with the VR capabilities of Valve’s Index in mind, which certainly gives the headset the edge.

So the potential issue here is that Valve has pushed the Index along these best-way-to-play lines, and the fans who have been left behind in this clamor for headsets, and who want that best experience, may be rather cheesed off that they will be potentially scrabbling for units as the release date of Alyx rapidly comes into view.

It would seem that Valve has somewhat miscalculated here, and underestimated the demand a new Half-Life game would fire up – even though it was obviously the idea to use a massive franchise to kick-start VR gaming, and sales of its own virtual reality hardware.

So this is a bit of a strange one, in a way, unless Valve has run into unforeseen production difficulties of some kind. Or more conspiracy-prone types could even argue that the out-of-stock issues are helping to stoke the hype for Alyx and VR in general.

At any rate, while Valve doesn’t sound all that confident about stock, we can only hope that the company is erring on the side of caution with its statement, and in reality there won’t be any problems for those who do want to buy an Index in the next couple of months. As ever, only time will tell.