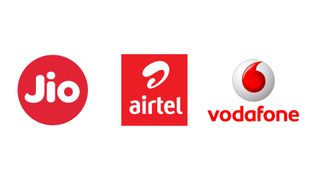 Reliance Jio, Airtel, and Vodafone-Idea have announced hikes on the regular tariff plans. The new plans come into effect for Airtel and Vodafone customers starting December 3, while Jio customers still have the chance to continue using the existing tariffs until December 6.

Both Airtel and Vodafone registered record quarterly loss at Rs 50,921 crore and Rs 28,450 crores, respectively, during the third quarter. And the revised tariff plans are a way for the telecom operators to ensure sustainability in the Indian market.

Since the commercial roll-out of Jio, Reliance has been single-handedly dominating the telecom space with its aggressively priced plans that pushed leading telcos to lower the prices of their tariff plans to one-up Jio. However, that didn't happen, and the companies are now in massive dues as Jio races close to 500 million subscriber base.

Reliance Jio revealed its new All-in-One Tariff plans that the company earlier stated would provide "up to 300% more benefits" than other telcos. The company is offering its tariff plans with a validity of a month, 2-months, 3-months or 12-months. The new tariff plans will be effective starting from December 6.

Jio is also offering two 2-month tariff plans starting at Rs 399 for 1.5GB data per day, 2000 minutes of off-net calls and a validity of 56 days. Previously, the same data and validity benefits were offered for Rs 333. Next, there's a tariff plan of Rs 444 which gives 2GB data per day to users with the same FUP on off-net calls and 56 days validity.

The second plan with a validity of 84 days is priced at Rs 599 and offers 2GB data per day with 3000 minutes worth of off-net calls.

Additionally, with Jio, users get access to a complimentary suite of entertainment, storage and security apps such as JioTV, JioCinema, JioNews, JioCloud and more.

Airtel has released its revised tariff plans that will be applicable to users from December 3 across India. Moreover, the new plans come with additional Airtel Thanks benefits for customers.

Airtel's base tariffs start from Rs 19 with unlimited calling, 100 SMS and 150MB data. This plan remains unchanged and has been continued from the previous list of plans.

Moving on to Rs 49 plan, users will get a talk time of Rs 38.52 and 100MB data with a validity of 28 days. While the telecom operator cleverly lists the price increase per day as a minuscule 50 paise, this same plan was priced at Rs 35 earlier which is Rs 14 cheaper than the revised plan.

The Rs 129 plan which offered unlimited calls, 300 SMS and 2GB data with Airtel Xstream, Wynk, and Hello Tunes benefits has been revised to Rs 148 with a validity of 28 days.

Airtel has combined its Rs 169 and Rs 199 plans into a single Rs 248 plan with unlimited calls, 100 SMS and 1.5GB data per day. The company is also offering Airtel Xstream Premium, Wynk Music Subscription, Hello Tunes access, and Anti-virus protection as a part of Airtel Thanks benefits.

Airtel's Rs 249 plan which offered unlimited calls with 100 SMS and 2GB data/day has been revised to Rs 298 with Airtel Thanks benefits.

With the revised plans, Vodafone is offering two annual packs with 365 days validity. The first one is priced at Rs 1,499 and offers unlimited calls with 24GB data and 3,600 SMS followed by Rs 2,399 plan that gives 1.5GB data per day along with 100 SMS/day.

In case users run out of data, Vodafone-Idea offers combo vouchers of Rs 49 and Rs 79 with a talk time of Rs 38 and Rs 64, respectively.