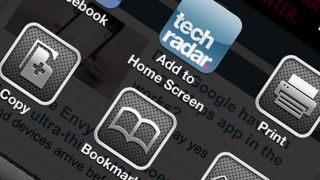 iOS 6 has had its day

Developers have started seeing some new versions of both Apple hardware and software pop up in app usage logs, including the iPhone 6 and the iOS 7.

Making an appearance as the iPhone 6,1 and originating from an IP address within Apple's Cupertino HQ, the logs suggest that the next iPhone may not be known as the iPhone 5S after all.

The current iPhone 5 shows up similarly as iPhone 5,1 (and iPhone 5,2 depending on what LTE/4G abilities each model has), so it stands to reason that the next iPhone will follow suit.

The new version number for iOS is a little less surprising - the identifier iOS 7 doesn't shock us although hopefully its vastly improved battery management will.

Unfortunately, although it seems Apple is testing the new soft- and hardware already, there are no clues as to what upgrades we can expect to come out of Cupertino.

The iPhone 6, meanwhile, is more likely to see a September release date as its older be-fived sibling showed up in Autumn of 2012 although it's possible that Apple will whip the new handset out in June instead - it does like to keep us all on our toes.