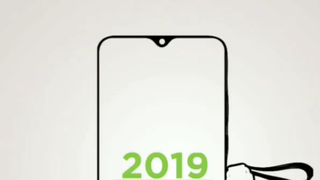 HTC is finally re-entering the Indian smartphone market on August 14 with a new smartphone that will be available via Flipkart.

HTC stopped its India operations in July 2018, failing to keep up with the Chinese competition that brought much higher value for money offerings to the market. The subsequent months saw India become the fastest-growing smartphone market in the world and the adoption kept going up. It wasn’t just India where HTC where was struggling as their global market share dipped below 1%.

Unsurprisingly, the allure of the lucrative Indian market has brought them back. Reports from earlier this month state that HTC will be returning with a new series of smartphones, tailor-made for the local market and possibly compete with the offerings from Redmi and Realme in that have captured the market in a few short years.

A teaser video of the new phone was shared by HTC and Flipkart which talks about all the innovations that it has brought to the smartphone game, starting with touch-sensitive displays, the first Android handset, metal bodies, an optically stabilized front camera, etc. and ends with the outline of an unknown handset with slim bezels and a waterdrop notch. Earlier rumours suggested that this would be a high-end phone but it’s more likely to be a mid-ranger now.

A piece by GSMArena suggests that this upcoming HTC smartphone is likely to be a new HTC Wildfire which is a mid-ranger. The purported specifications include MediaTek Helio P23 chipset with 3GB of RAM. The display is expected to be around 6.2-inches in size with an HD+ resolution.

The back houses the dual camera module, with a 16MP primary shooter and a secondary 5MP sensor. The front camera is also a 16MP unit and the battery is rated at 3,500 mAh.

These specifications put the phone squarely in the budget category, where the competition offers Snapdragon 600 or 700 series processors. HTC will really have to nail the pricing on this one if they hope to capture a piece of the Indian market.