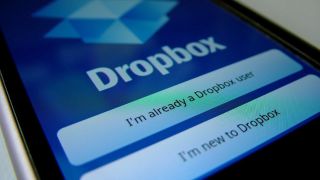 Dropbox has already jumped into bed with Microsoft Office on the integration front, and now the cloud storage outfit has announced a new partnership with Google’s rival productivity suite.

The plan is that later in the year, G Suite customers will benefit from full integration with Dropbox, giving users the ability to create (as well as edit) Google Docs, Sheets and Slides files within Dropbox.

Dropbox is also planning further integrations with both Gmail and Hangouts Chat. In the case of the former, that means the ability to create Dropbox file links directly within your inbox.

And the Hangouts Chat integration will facilitate searching for, and sharing, Dropbox files within a hangout.

Furthermore, Dropbox Business admins will be given the power to manage Google Docs files just the same as any other content within the cloud storage service.

When can we expect all this to start happening? Dropbox says that these various integrations will be implemented in the second half of 2018, so you’ve still got a while to wait yet.

Even so, this will obviously be a welcome addition for G Suite users, and further helps level the playing field with Microsoft Office.

Things are going pretty well for G Suite of late, given that last month Google revealed that the online productivity suite now has four million paying customers. That represents good progress, although it’s still a long way behind Office 365.